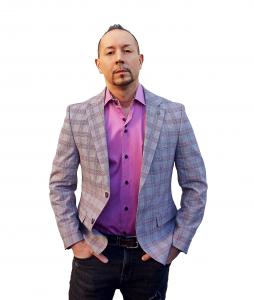 Jason Seto, a Live Stage-Event Producer, Celebrates Being Named an Executive Producer of the Main Stage Dance Performance at the We Party PRIDE FESTIVAL.

NEW YORK, NEW YORK, UNITED STATES, January 25, 2023 /EINPresswire.com/ -- Jason Seto is thrilled to have been named an executive producer and creator of the NYC live main stage dance performance for the We Party PRIDE FESTIVAL event - celebrating the 50th anniversary of Stonewall during a WorldPride NYC 2019 celebration at the Javits Center. Jason creatively partnered with some of the biggest dance choreographers in the music industry to design the main event dance performance, working alongside legendary Creative Director Frank Gatson and choreographer Chris Grant; who has staged and choreographed numerous world tours and iconic music videos for some of the biggest music superstars in the world. Chris also conceived and choreographed the electrifying Super Bowl inspired dance performance at the We Party Pride Festival event - featuring 30 dancers with a special guest performance by Brandy. Production designer Steve Lieberman of Coachella and Electric Daisy Carnival worked with Jason Seto’s team to elevate all stage design elements.

The We Party PRIDE FESTIVAL event took place during WorldPride NYC 2019 and was a celebration Jason Seto supported by lending his vision, talents and marketing experience while also securing brand partnerships and sponsorships for the event. He worked alongside Jake Resnicow, a respected industry veteran promoter who brought in over $500K which was raised for NYC LGBTQ+ charities, including the Stonewall Gives Back Initiative and LIFEBeat.

Seto is quickly becoming an important role model, advocating for progressive social movements worldwide through his work and expertise. He has encouraged others to seek ways to contribute and promote equality - being an architect in creating strong bridges between communities by connecting them with activism they can support.

Over the years, Seto has built himself a name as a community director and live stage-event producer in New York City.

Jason has spent the past few years conceptualizing and promoting Broadway fundraising concerts and events in support of HIV/AIDS global charity foundations and community organizations. Seto has also worked with some of the biggest names in the entertainment industry through his former music label, Perceptions Entertainment, having collaborated with megaproducer and artist Swizz Beatz - one of the most respected music producers globally, on the record “Te Quiero” with Pop/Dance recording artist Irazema, who was signed to Perceptions Entertainment.

Seto’s passion for entertainment and his understanding of the NYC entertainment scene has been instrumental to his success. However, becoming one of the visionaries for the We Party PRIDE FESTIVAL during WorldPride NYC 2019 at the Javits Center celebration was fueled by his passion for LGBTQ+ equality rights.

Jason Seto has been a beacon of light for the New York LGBTQ+ community for many years. A tireless advocate and sincere believer in equal rights, he has been a strong force within the movement to ensure all individuals have the same civil liberties regardless of sexual orientation or gender identity. His advocacy is evident in his public events, where he advocates for change in laws that allow discrimination towards members of the LGBTQ+ community. He frequently contributes to charity organizations devoted to activism and education. His dedication to this course is deeply admired by those who know him. He exemplifies how much can be accomplished with passion and commitment.

While speaking on becoming one of the creative visionaries of the We Party PRIDE FESTIVAL NYC 2019 celebration, Seto said, “There's no better feeling when creating visionary and live experience moments for audiences around the world, while supporting organizations who capture the essence in building future catalysts for change in social justice and equality - knowing my work is impacting the lives of many people for generations to come.”

For inquiries or corrections to Press Releases, please reach out to EIN Presswire.
✕
× Close Ad