CHICAGO, Ill. (WTVO/WQRF) – The Chicago White Sox have agreed to terms on a four-year, $73-million contract with free agent All-Star catcher Yasmani Grandal. Under terms of the agreement, Grandal will receive $18.25 million per year from 2020-2023.

Grandal, a switch-hitter, ranked fourth in the major leagues last season in walks and ranked among the catching leaders in on base percentage (1st), games played (1st), extra-base hits (2nd, 56), total bases (2nd, 240), RBI (T2nd), homers (3rd) and slugging (3rd). He also ranked second in the majors in framing runs according to Baseball Prospectus (19.4 CSAA Runs) and tied for second in Runs Extra Strikes according to Statcast (13).

“Yasmani ranks among the very elite catchers in Major League Baseball today, and we are extremely happy to add a durable and talented player of his caliber to our lineup,” said Rick Hahn, White Sox general manager. “His selectivity at the plate is a real plus offensively, and as a switch hitter, his combination of power and on-base percentage stand out. Yasmani’s defensive abilities, pitch framing and other advanced catching metrics also separate him from others in the game.

“In addition to what he brings to the field, Yasmani is also a great benefit in the clubhouse,” Hahn said. “We foresee him playing an integral role on both the further development of our young pitchers and the continued improvement of our offense as we reach our championship goals.”

“My family and I are very excited and honored to be a part of the Chicago White Sox organization,” said Grandal. “I loved their professionalism, preparation and vision towards the future. I want to thank them for allowing me to be a part of this process moving forward.”

He leads all major-league catchers with 117 home runs since 2015 and ranks third during that span with 322 RBI. Grandal has hit 20-plus homers in each of the last four seasons and has appeared in the postseason in each of the past five seasons. He has homered from both sides of the plate four times in his career and is one of 12 catchers in major league history with at least eight RBI in one game (May 7, 2015).

Grandal has recorded a 3.67 catchers ERA during his career and has received called strikes on 52.5 percent of borderline pitches received since 2015, the second-best mark among regular catchers.

Grandal originally was selected by Cincinnati in the first round (12th overall) of the 2010 draft out of the University of Miami. He played for the Padres in 2013-14 while current White Sox manager Rick Renteria was the bench coach.

To make room for Grandal on the 40-man roster, the White Sox designated outfielder Daniel Palka for assignment.

FREEPORT (WTVO) - Freeport city leaders come together for the third time to discuss ways to improve relations between the police department and the people officers protect and serve.

Members of the city's recently formed Social Justice Committee listened as community members passionately spoke their minds. Throughout the public comment portion of the meeting speakers continually brought up the May 31st protests. Demonstrations turned violent that night as police used rubber bullets and tear gas to disperse the crowd. That day has strained the relationship between FPD and some community members. Tonight, police chief Matthew Summers listened to the criticisms, with hopes of improving relationships with community members.

Jacob Smith, 25, is charged with Attempted Murder. He was arrested Wednesday.

ROCKFORD, Ill. (WTVO) -- Rockford's private school administrators say many of the families who are enrolling for the first time this year are looking forward to full-time in-person instruction. 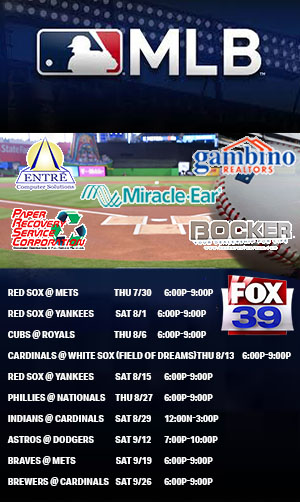