ROCKFORD, Ill. (WTVO/WQRF) — The final piece of our Elite 8 puzzle in ‘NIC-10 Madness’ gets put into place today. Yesterday the 2005-06 Freeport Pretzels defeated the 2008-09 Hononegah Indians. Today we have a rematch of the top two teams from the 12015-16 season the Auburn Knights and the Boylan Titans.

Click on the media player to view video of both teams. Here’s some background information on them:

The 2015-16 Auburn Knights are one of the more surprising teams in NIC-10 history. The Knghts didn’t have any returning starters. They weren’t ranked all season, yet they got hot late and won 25 games.

Guard Trayvon Tyler was the MVP of this team. Football standout Juwuane Parchman improved greatly as the season wore on, and Devion Dixon, Shidaye Evans and Patrick Davis filled their roles superbly. The Knights used defense and hustle to carry them all the way to the 4A State Tournament where they lost by two points in the semifinals to Chicago Curie. They finished fourth in the State.

The 2015-16 Boylan Titans rolled to a 31-3 record under head coach Mike Winters. They went 16-0 in the NIC-10. Junior Zach Couper was one of the top scorers in the conference, but this was a balanced Boylan team that also got big contributions from Kevin Diemer, Anthony Foreman, Luke McDermott and Sam Fehrle.
This Boylan team blew out its first four postseason opponents in Class 3A before losing at the NIU Super-Sectional to Peoria Manual in a heart-breaker 61-58.

Vote now for the team you think would win this game…voting is available in the right hand column and on the sports page of our website https://www.mystateline.com/sports/local-sports/ 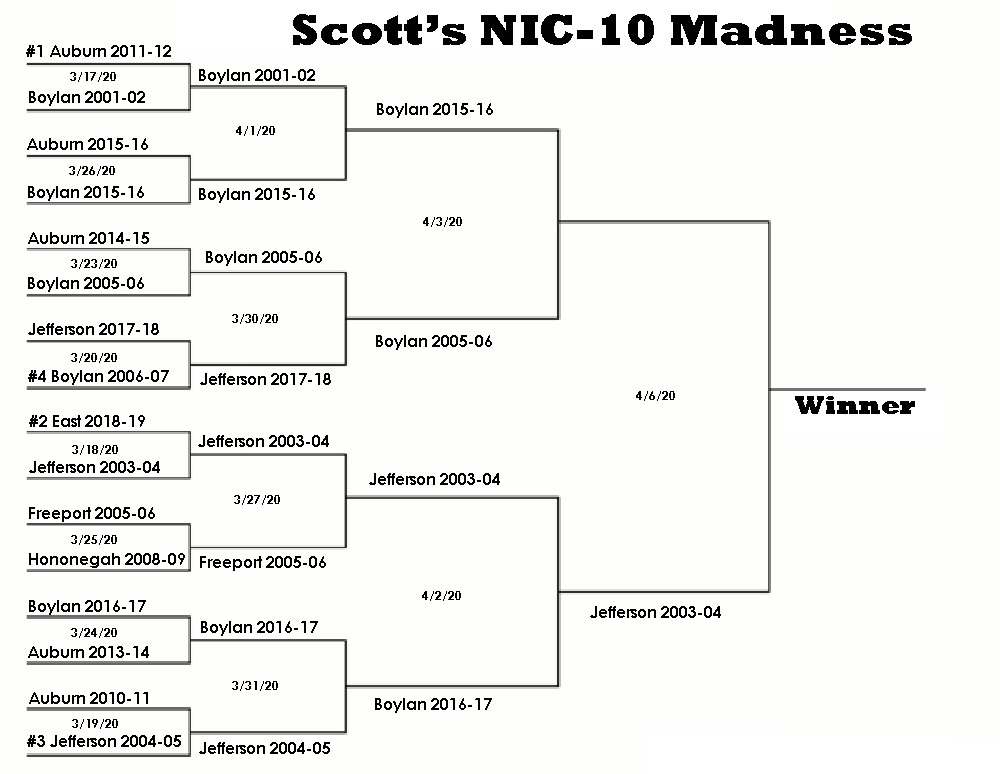